Picking up where we left off in RETRO METRO: The Early Years, the postwar era proved to be a time of major change for Metro. This started with the announcement of the company's relocation to Wilkes Barre, Pa. in 1957.

With the new physical expansion, Metro also expanded its product lines to include the plastic Sani- Stack. The Sani Stack was introduced in 1963 and was the first of many Metro innovations made during this time in the company's history.

As the company continued to physically grow and expand, our product line began to do the same. In 1969 the Super Erecta Shelf made its initial release and quickly became one of Metro's most well-known products. The SuperErecta was a major game changer for Metro and is still a popular product today. The company continued to develop the Super Erecta shelving and introduced the Super Solid Erecta Shelf in 1973. 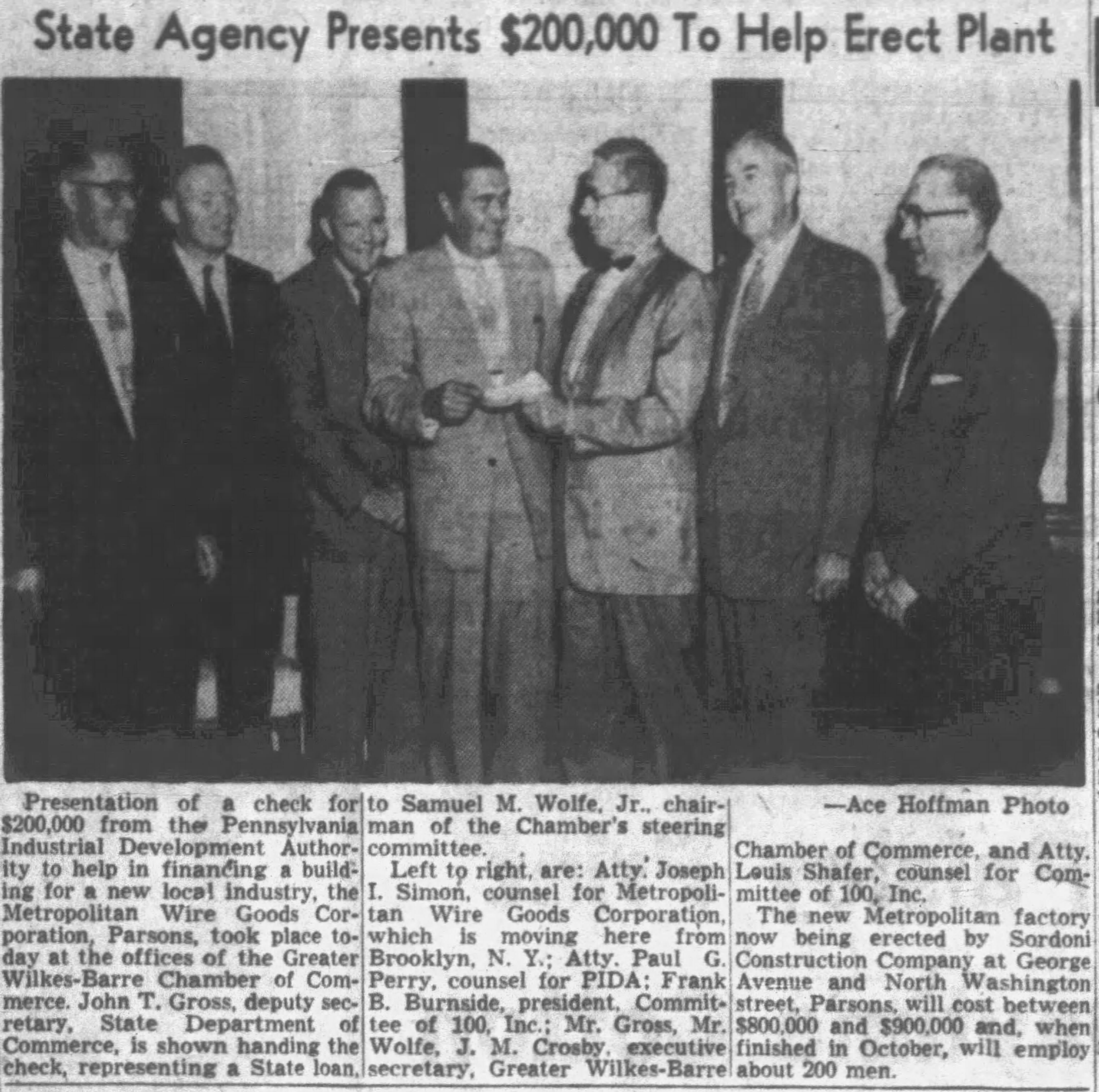 These product changes were also met with corporate changes. In June of 1971, Metro appointed Richard Maslow as its new president, but that wasn't the only big change the company had during this time. In 1975, the name of the company changed from Metropolitan Wire Goods Corporation to Metropolitan Wire Corporation. Then in 1976, Metro had a major expansion after acquiring another company, but that is something to discuss later.

Check out the first article in this series; RETRO METRO: The Early Years